South Africa is one of the most beautiful countries in the world. I may be a bit biased about that because it’s my birthplace, but I don’t think there are many other countries where God’s creativity is so clearly on display. Our impressive coastline that stretches for more than 2 500 km’s (1600 miles), the majestic peaks of the Drakensberg, the Lowveld teaming with wildlife, the tropical regions of Kwazulu-Natal and the Eastern Cape and the semi desert of the Karoo and the Northern Cape – God was putting His absolute creativity on display when He made this place.

The people that He gathered here over thousands of years also match that variety. With 11 official languages and many more cultural groupings, South Africa must be one of the most diverse countries on the planet. Unfortunately, due to our sinful natures, along with diversity comes a lack of unity, miscommunication, and general mistrust of one another. South African history, both old and new, is rife with examples of this and all to the detriment of the country and its people.

In this context, Bethesda’s common goal is to assist local churches to meet the needs of orphan children that they may become disciples of Christ. Needless to say, operating a child care facility in this environment comes with some unique challenges. I want to highlight 2 of those challenges and ask you to pray with us. 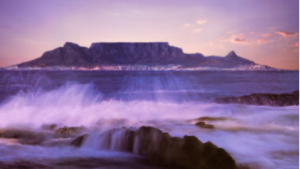 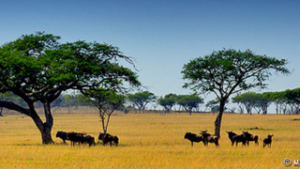 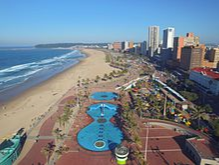 Issuing Visas
Bethesda currently has 8 full time American staff members who are in the country on a visa of some sort. The SA government usually issues volunteer visas, rather than work permits to US volunteers or missionaries who are here to assist non-profit organisations. The reasoning behind this is that SA has an official unemployment rate of 27.5% which is closer to 37% if you consider the number of people who have stopped looking for work. Recently, this policy has become somewhat murky and confusing as the Department of Home Affairs (DHA) has been reluctant to issue new volunteer visa’s and in some cases, have stopped renewing existing ones.

How will it affect Bethesda?
For some of our US staff, this has now started an incredibly difficult and convoluted for obtaining a work permit (which is now necessary for

teachers to be registered with the SA Counsel of Educators- a critical step in order to teach legally). Based on legal advice, it seems that the only way US citizens are likely to get a work permit is if the DHA issues them with a waiver that would indicate that they are not taking a job away from a South African.

Please pray that God would intervene in this process as it would affect nearly all our US staff at some point and greatly hinder any future overseas volunteers/missionaries who desire to come to South Africa if the government doesn’t change this stance. Right now, Bethesda would be unable to continue as normal without our supported US staff, so we pray that God will grant them favour at this time.

Land Expropriation without Compensation
You may have heard about the South African government’s plan to expropriate land from white farmers without compensation to redistribute the land to previously disadvantaged people. This has been a political hot button in SA for many years and has gained tremendous momentum over the last year or so. Processes have been underway for some time to amend SA’s constitution to allow for this. This would move South Africa away from its previous policy of “willing buyer, willing seller,” which was initially applied to attempt to redress historic inequality relating to land.

In any country this would be an emotional topic, but given South Africa’s past, this has become an issue that consumes and divides. Unscrupulous politicians on both sides of the political spectrum use this issue relentlessly to further divide an already divided population for their own political and material gain, while the average South African pays the price whenever emotions spill over into violent protest. The process to decide on whether or not to amend the constitution is currently underway and is so delicate that it cannot be done carelessly if South Africa is to continue functioning properly.

How will it affect Bethesda?
As this issue relates to Bethesda, the 43 hectare (106 acre) property on which we operate is considered to be a township (not farmland) by local authorities. This fact, coupled with the fact that we are a non-profit company, registered with the South African authorities, makes it unlikely that our property would be taken and redistributed, provided that the proposed amendment to the constitution doesn’t make 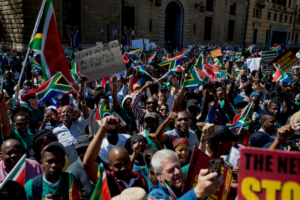 allowance for all property to be nationalised or redistributed. Having said that, we are situated in an area where civil protests are a frequent feature of our daily lives, and each one has the potential of damaging property or hurting those in our care.

Please pray with us that this issue will come to a God-honouring conclusion and that South Africa would emerge from this as a stronger and more unified nation. We thank God that He has protected Bethesda this far, and ask for His continued protection for our children and staff, and pray that His purpose will stand.