Daniel is a man of great character in the Bible from whom we can learn much. He was no stranger to difficulty as he experienced it all of his life. Even when Daniel was in his mid-80’s, he continued to demonstrate character that wholly followed the Lord – even in the midst of difficult circumstances.  Daniel 9 is written long after he had been taken into captivity as a teenager, long after refusing the King’s meat and risking his life by eating vegetables instead. This is long after three years of training, long after serving rulers in both the Babylonian and Persian Empires; long after interpreting Nebuchadnezzar’s difficult dream, and long after being thrown into the lion’s den for praying. Daniel knew trouble and in the opening verses of Daniel 9 we find some important traits that we can emulate.

Listening to God (vs 2)
How can you listen to God’s Word? By reading and meditating on Scripture. This is exactly what we find Daniel doing. 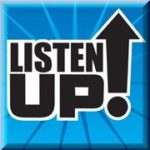 When we find ourselves in difficult circumstances, our default setting should be to run to God’s Word and focus on His promises and not our problems. God’s promises will give the proper lens with which to view our present hardship.

Being attentive to God (vs 3)
Literally, Daniel turned his face. When I am talking to one of my girls and it does not seem like she is listening to me, I often pause and ask her to look directly at me. In reality, this pause is for both me and my daughter; but as she turns her face, she gives me her full attention. Daniel does this as a response to reading God’s Word. When in difficult times focus on God not circumstances.

Praying passionately for mercy (vs 3)
Daniel didn’t just simply ask for help; he was passionate about his “pleas for mercy” and he prayed more than just one time – he prayed on multiple occasions. Like Daniel, continually run to God with zeal for mercy, praying for God

to do and to act in ways that only He can, so that He gets all the honour and glory when the difficulty is over.

Recognizing God’s character and promises (vs 4)
A great antidote to worry is to remember what God has done and give thanks. Be proactive about thanking God for who He is, what He has done, and focusing on His promises and you will have a new perspective on what we face today.

Humbling himself and confessing sin (vs 5) 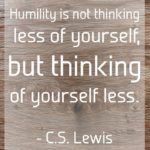 Daniel confessed his sins and the sins of the nation and did not complain about his situation. He did not demand his rights, he rather humbled himself and confessed sin. Are there sinful habits that God wants to remove from your life? Maybe this extra time has revealed sinful attitudes and actions that must be humbly confessed.

James 4:10 says, “Humble yourselves before the Lord, and he will exalt you.”