Security and Safety at Bethesda Outreach

Psalm 82:3-4 says that we are to “vindicate (defend) the weak and fatherless; do justice to the afflicted and destitute. Rescue the weak and needy; Deliver them out of the hand of the wicked.”  It often seems in this country that there is a general lack of respect for humanity and the rights of others. As a result, South Africa is a country riddled with crime, which at times seems to be more the norm than the exception. So many of the crimes committed are toward those who have no means of defending themselves, nor have any means of recourse or access to justice following an offence against them. 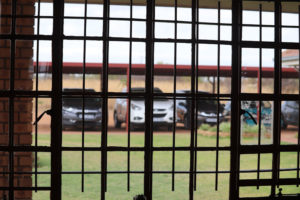 Those who can afford to do so live behind walls, gates, and electric fences, with security systems, cameras, alarms, guards and armed response units accessible within minutes. We at Bethesda have been so blessed with safety these past 18 years, and praise God for his protection over our property and our people as we have experienced very few minor criminal incidents. However, as a result of recent burglaries at Bethesda, we are having to add many more security measures to our property, and are joining the ranks of the heavily fortified.

Since the middle of June, we have experienced 5 burglaries on our property and the theft (and recovery) of one of our vehicles. Three of these burglaries were in the space of one week, and as this week passed on, we were certainly praying in earnest for God to “break the arm of the wicked man; call the evildoer to account for his wickedness.” (Psalm 10:15) We struggled to keep up with the repairs and recovery of losses from the burglaries and were deeply aware of the danger faced by our men who would go out at night in response to the sounding alarms. 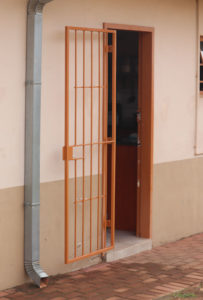 For the sake of our families and property, we went into crisis-response mode and obtained the services of a security services provider to patrol our property at night and seek out who the culprits were. In connection with the police, tracing teams, the organised crime division, and the Dinokeng Community Policing Forum, they not only arrested the criminals who were breaking into Bethesda and guest lodges in the Dinokeng Game Reserve, but took down a syndicate that has been terrorising the Hammanskraal/Temba area for quite some time. They will continue helping as it is needed. We praise God for the provision of these teams who pursued justice relentlessly, and are thankful for the clear message sent out into our community that God is the defender of the fatherless and will bring justice to those who oppress the weak.

We praise God that through this experience, no harm has come to any of our people and children or to those who have been appointed to protect us. We know that even though we hope this is the end of the story, it may not be, and we trust God to equip us to handle whatever comes our way in the future. We agree with Joseph’s statement about God’s sovereignty in Genesis 50:20 that says, “…you meant evil against me, but God meant it for good…”