Compassionate Care for Orphans and Vulnerable children in South Africa. 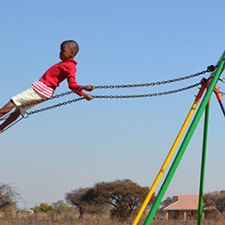 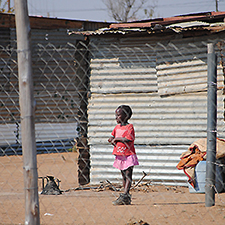 How and why the ministry started

Bethesda Outreach Ministries was born out of a desire to show compassion to children in Africa who had been orphaned as a result of HIV/AIDS. The desire resulted in a survey trip being made to Africa in May of 2000 by a group from Evangelical Baptist Missions (EBM).

South Africa was chosen as the place in which to build a children’s village, and property was purchased north of Pretoria in Hammanskraal. In October of 2000, Bethesda Outreach Ministries became a South African company, incorporated under Section 21. In January and February of 2003, Bethesda obtained status as a non-profit, tax-exempt organization and our first houseparent couple moved onto the property and began caring for children. Currently, there are six Bethesda families caring for orphan children within the children’s village.

Due to some zoning issues, a different piece of property was purchased in June of 2003 on which to build the Bethesda Children’s Village. Bethesda’s Orphan Care Development Ministry was begun in 2004, with the purpose of providing teaching, training resources, and education support to those in the surrounding churches and communities who wish to gain expertise in caring for orphans within their area.

In January 2005, Bethesda’s Jabulane Christian Academy began operating on the property and now accommodates over 250 students from Grade R (Kindergarten) through Grade 7. Our school is open to the community as well as providing quality education to our own Bethesda children.

We are confident that Bethesda Outreach Ministry is in God’s sovereign and all-powerful hands. The vital work here continues to move ahead as God provides the necessary financial and human resources. Our goal is to continue to impact the lives of the children that God has brought to the Bethesda Village, but we hope to have a greater impact on the local community in reaching even more orphaned and vulnerable children in the future.

Mobilising the local church and its members for the glory of God by:

The local church and its members meeting the needs of orphaned and vulnerable children, that they may become disciples of Christ. 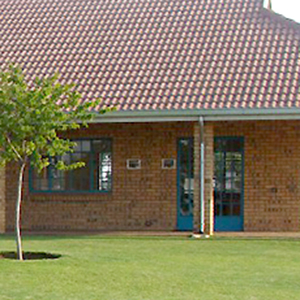 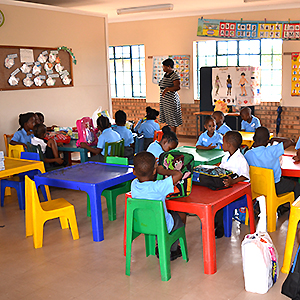 THE BETHESDA BOARD is made up of servant minded people with experience in many different areas. One thing they all have in common is a passion for orphan care and outreach. We are so grateful for the godly leadership of our Bethesda Board!

If you are interested in having our BOMI Director, Don Whipple or Director-Elect, Andrew Dodd, present Bethesda at your church, organization or business, please contact Don at interimed@boi.org or Andrew at akdodd@boi.org. 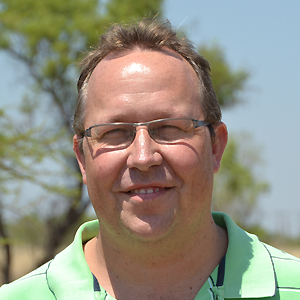 Rudi is the Executive Director of Bethesda Outreach since November, 2019.  He began working at Bethesda in 2010 in the finance department and is now overseeing all areas of Bethesda. He and his wife, Michelle have 2 children. 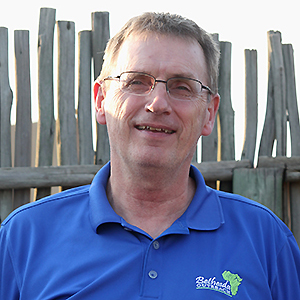 BOMI Director
Don is currently the Director of Bethesda Outreach Ministries International with the plan to hand that over to Andrew Dodd in 2021. He has served on our board for many years and has even more years as a senior pastor. He and his wife, Sue have several children and grandchildren. 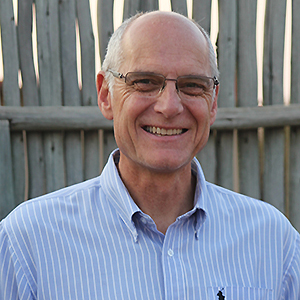 BOMSA Director and Chairman of BOMSA Board
Charles de Kiewit is the senior pastor at Central Baptist Church in Pretoria, South Africa. Pastor Charles joined the board in March, 2004. He and his wife, Carol have four children. 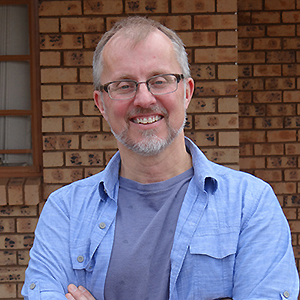 BOMI Chairman, BOMSA Member
Darrel Huff is married to Andrea and they have three children, one daughter and two sons. He works as an ophthalmologist who primarily does cataract surgeries. He joined the Bethesda board in 2011. 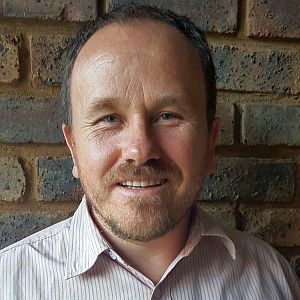 BOMSA Director
Ian Stuart joined the Bethesda Board in 2017 and has been named as a Director on the board. He and his wife, Antoinette work side by side as Ian serves as the Pastor for the Scottburgh Baptist Church in Kwa-zulu, Natal. Ian and Antoinette have one son. 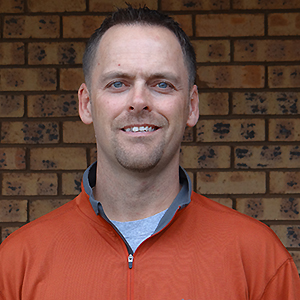 BOMSA Director & Vice Chairman
Josh Reasoner serves at Calvary Church of Valparasio, Indiana as the Pastor of Family Ministries. He joined the Bethesda Board in October, 2011 and he and his wife, Christy have three children. 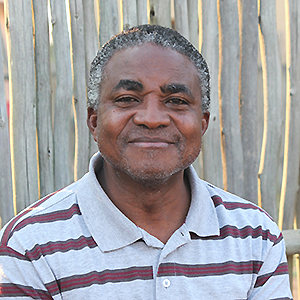 BOMSA Director
Ronald Kalifungwa is the senior pastor of Lusaka Baptist Church in Lusaka, Zambia. Pastor Kalifungwa serves as a member and director of Bethesda Outreach and joined the Bethesda board in March, 2004. He and his wife, Sarah have three children. 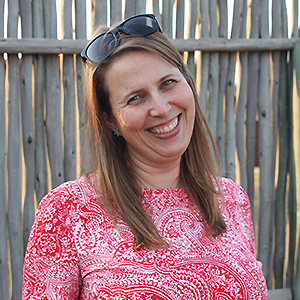 BOMSA Director (treasurer) and BOMSA Member
Janet Cooper has been a long-time friend to Bethesda Outreach and has assisted in setting up some entrepreneurial projects as well as encouraging our children in their future plans. She currently works at Investec Bank as their Head of Operations, Group Marketing. She joined the Bethesda board in 2016.

BOMSA Member (Secretary)
Mikel Berger is the Chief Technology Officer with a company called Little Engine Ventures in Indiana. He and his wife, Jessica have two children. They have always been passionate about missions and in 2016, he became a new and valuable addition to the Bethesda board. 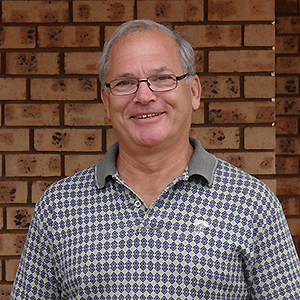 BOMI Vice Chairman, BOMSA Member
Don Stoffel joined the Bethesda board in 2016 but he and his wife, Fran, have been coming to Bethesda for several months each year for many years to assist in ministries such as maintenance, child care and teaching. Don is currently retired but always busy! 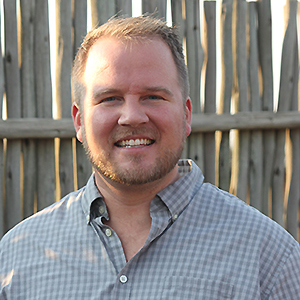 BOMSA Member and BOMI member (treasurer)
Daryl Starr is the General Manager of LEV Capitol Management in Indiana, USA. He is married to Allison and they have three children. Daryl is the CFO of the Bethesda Outreach office in the USA. He joined the Bethesda board in 2016. 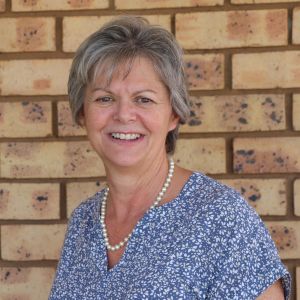 BOMSA Member
Shann de Smidt is married to Neil, a farmer at heart. They have six grandchildren who keep seven parents very busy! Shann is the principal of a private Christian school based in Pretoria.

Our houseparents are a vital part of Bethesda’s mission in providing models of functioning Christian families. Pray for them as you read their stories. 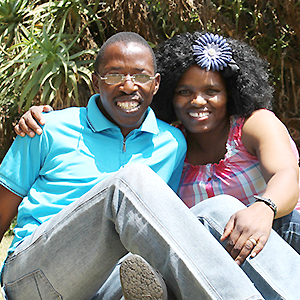 Jack and Maria Msiza joined the Bethesda family as houseparents in January 2009. Jack is the maintenance supervisor and Maria keeps very busy with their many children. Jack and Maria are faithfully teaching their family what it looks like to love God and serve Him with all of their heart. 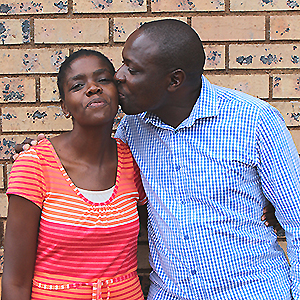 George and Florah Sithole became part of the Bethesda ministry in June 2009. In addition to his role as father to 9 children, George also serves as the grounds supervisor. Florah is very busy mothering the many children in their home. We are thankful for their faithfulness in teaching the knowledge of God and showing His love to each of their children. 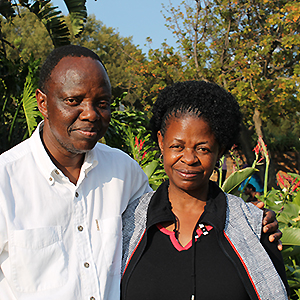 Elias and Mamitjie Matjeni were Bethesda’s first houseparents and started working with us in 2003. The Matjeni family now functions as a satellite home and are located in a nearby town. Elias has retired from the Department of Education and continues to pastor a local church. Mamitjie is a teacher in our school in addition to caring for the 4 children in their home. We appreciate their faithfulness and strong dedication to teaching their children the wisdom and knowledge of God. 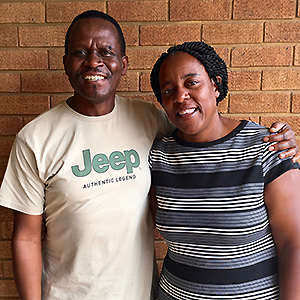 Alex and Mutinta Phiri, have been a part of Bethesda since 2014 when Alex began teaching in our school. They also desired to serve the Lord as houseparents and have been a welcome addition to the Bethesda staff. Alex is a skilled teacher and Mutinta has worked as an administrative assistant in her church as well as being a mom to her daughter. Now they have 8 children in the home and they are keeping very busy with the young children! We are thankful for their servant’s hearts and for their dedication to teaching God’s Word to their children.

Thabo and Johannah Malapile have been houseparents since 2017. Johannah has been a houseparent assistant for many years and we are so thankful that her husband, Thabo and youngest daughter are able to fill out this family unit as full-time houseparents. Thabo works as a police detective and is eager to have a good and godly impact on his new family. 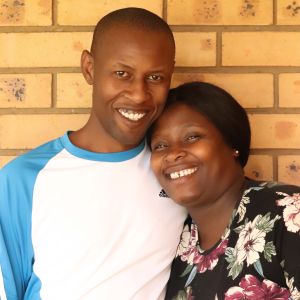 Itumeleng and Melita Mokgomole are our newest houseparents joining us in April, 2019. They have served as relief houseparents for more than a year prior to becoming full-time parents to a home. Itumeleng serves with the South African Police Services (SAPS) and Melita is a wonderful and very busy mom. They are both dedicated to loving and caring for their family so as to point them to Christ. 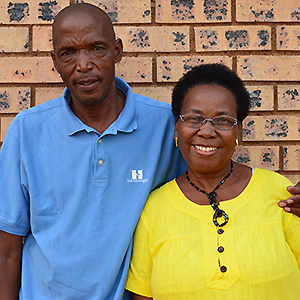 Jones and Lenah Phago joined Bethesda as houseparents in 2003. In addition to being a father, Jones works in maintenance and is a pastor of a local church. Lenah is a faithful mother to the children in their home. They recently moved off the Bethesda property to continue their work as parents from their community home. The Phago’s are working to model Christ’s love and grace to their family.

Joseph and Charmain Mathebula started at Bethesda in April 2018. They brought x4 of their own boys and are currently parenting a house full of boys only! Joseph works off property in the nearby community and Charmain will put her Diploma in Early Childhood Development to good use when helping the boys with their schooling. They are working hard to instill the truth’s of Scripture by faithfully teaching God’s Word and its application to their family.